HISTORY OF THE GRAND NATIONAL

Grand National horse race is a great annual event that takes place in the end of March and at the beginning of April sometimes in Liverpool. Both professionals and amateurs can qualify to overcome a distance of 4 miles 855 yards and try to handle 30 hard jumps. Here, the race’s most important historic milestones and curious facts are described.

Who won the last Grand National?

So, who won the last Grand National? Let’s see the table of the winners for the last 10 years.

One For Arthur won the race that year ridden by the 24-year-old Derek Fox from Ireland who was taking part in the National for the first time. The race was won by 14/1 shot One For Arthur at Aintree. The winner overtook the 8/1 favorite Blaklion in a finish. One For Arthur was the second winner from Scotland after Rubistic that managed to be the first in 1979.

Has a Woman ever Won the Grand National?

Women got the official right to compete in the Grand National in 1977. Since then, 6 female jockeys have qualified the race. However, nobody of them managed to complete the course up to 1982 when Geraldine Rees came eighth. Katie Walsh demonstrated the best result when came third in 2012.

What is the First Fence in the Grand National Called?

The Grand National fences are real challenges for both horses and jockeys. There are 16 of them in the course. They are made of soft enough plastic birch now instead of earlier wooden frames. Thorn fence is the 1st one (4.6 x2.9 feet).

What Year did the Grand National get Cancelled?

The Grand National horse race is more than 170 years already and it was cancelled twice for the whole period. In 1993, the race failed because of the massive 2 false starts. In 1997, a suspected IRA bomb threat led to the evacuation of 60.000 spectators. The race was held some days later – on 7 April. 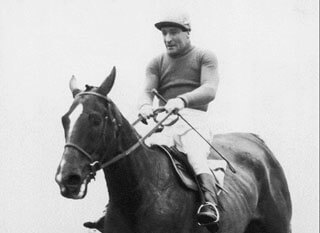 Fred Winter is regarded as one of the legendary jockeys according to the Grand National guide after having managed to ride to success in two of the events. He was also responsible for training two more thoroughbreds who later went on to win the event. A hugely successful career saw him lift the title as the Champion Jockey on four occasions, while he was named as the British Champion Trainer on an impressive eight occasions. Surprisingly, his Grand National horses form is not his most iconic, as this status goes to the 1962 Grand Steeple-Chase de Paris event. 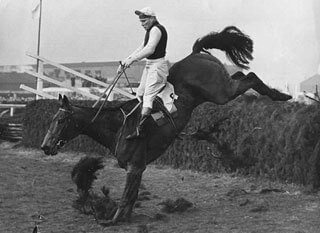 Michael Scudamore is considered as one of the iconic jockeys when it comes to the Grand National events, and it is surprising considering that he has not won a large number of the title either as a jockey or as a trainer. He managed to achieve this iconic form for Grand National as a result of managing to ride thoroughbreds for 16 consecutive years from 1951. His only success came in the 1959 event, while his other best finishes were second and third. His riding career concluded in 1966 after an injury, but he continued to remain in horse racing as a trainer.
Tommy Carberry 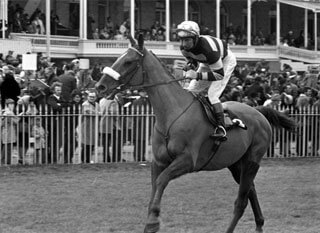 Tommy Carberry will forever be remembered as the jockey who brought an end to Red Rum’s incredible run in the Grand National. Regarded as one of the top Grand National favourites ever to grace the tournament in its almost 2 centuries-long history, Red Rum was on a roll after having won three back to back titles. Carberry managed to win the 1975 event with L’Escargot to end the run of Red Rum – one of the best horse to win Grand National. Since it is highly unlikely that Red Rum’s record will be broken, Carberry will continue to be remembered as the man who achieved the unthinkable. 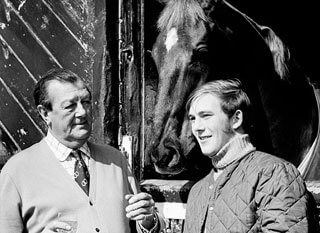 Fred Rimell is remembered as the trainer who managed to see his work win the Grand National four times. One of the most crowning achievements was to get Nicolaus Silver win the event. Even today, he remains as one of the three grey horses to win the racing Grand National. After having been a Champion Jockey three times, he managed to become even better as the winner of leading trainer title on five occasions. ESB, Gay Trip, and Rag Trade are his other racing Grand National runners to win. The latter was one of the horses to beat the incredible Red Rum during the 1970s. 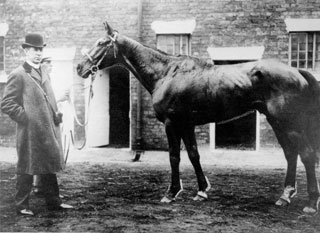 One of the most successful trainers from the bygone era, George Dockeray managed to win for Grand National events with four different horses. This achievement places him alongside Fred Rimell and Ginger McCain as one of the three trainers to have ever done so. Dockeray’s successes were during the start of the event with Lottery, one of the Grand National best horse to win, claiming the win in 1839. This was followed by Jerry, Gaylad, and Miss Mowbray in 1840, 1842, and 1852 respectively. Back then, he was the undisputed king of Grand National. The lottery is the winner of the Grand National first race. 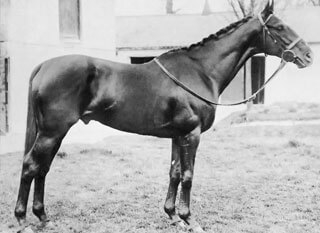 Even though Red Rum managed to win the title three times in succession and is regarded as one of the dominating achievements in the history of the event, Battleship is considered as a legendary horse to win Grand National. He was successful in both the American Grand National and the British Grand National horse race, thus becoming the only horse to do so. His jockey was Bruce Hobbs and he remains as the youngest jockey to have ever been successful at the Aintree races. The US-bred race horse was sired by Man o’ War and he was foaled in 1927. He was inducted into the United States’ Racing Hall of Fame in 1969.